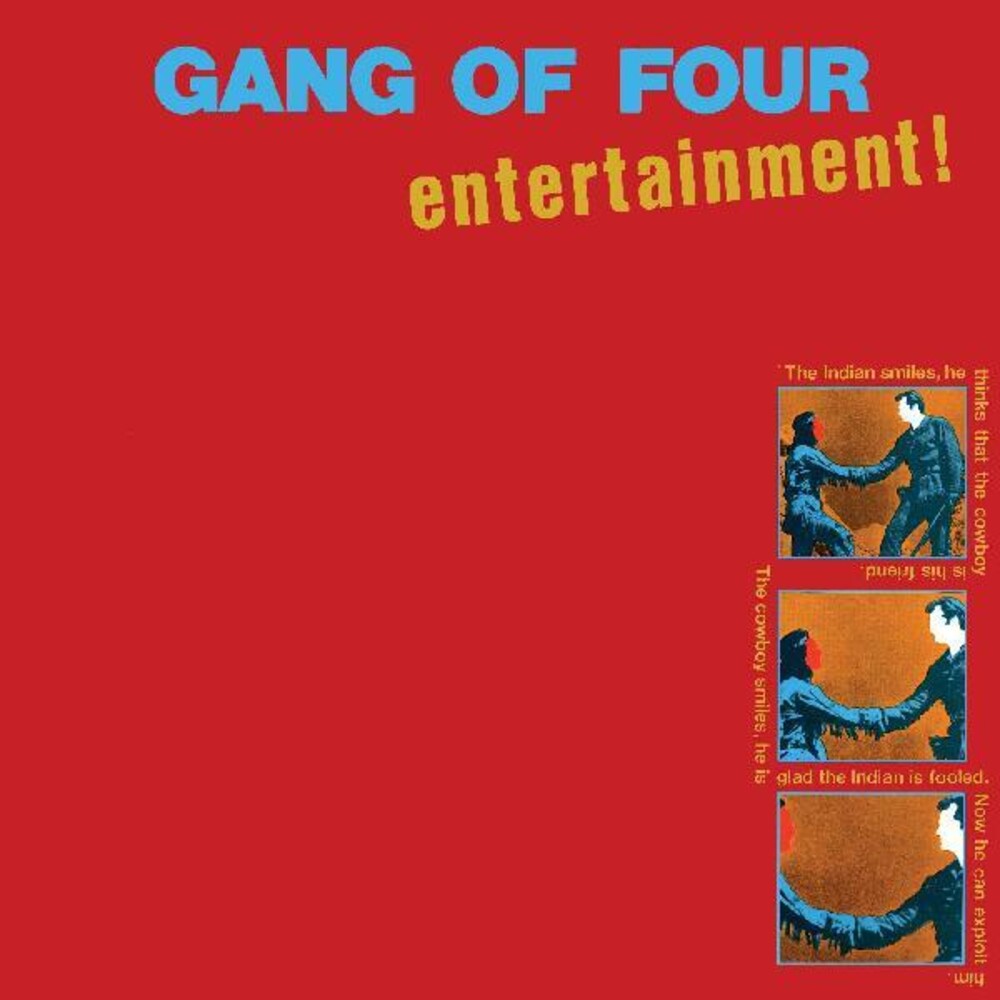 CD reissue with three bonus b sides. A classic. Propelled by a political mission and some wicked bass playing, the Gang of Four released 'Entertainment' in 1979. Though king sings, "two steps forward, six steps back" (in 'at home he's a tourist'), the only reason Gang of Four could have for stepping back is that they are so far ahead of the curve. This record is - without question - one of the most important records from the post punk era. #and, while the album's title was almost certainly intended as sarcasm, this is also a really good listen.