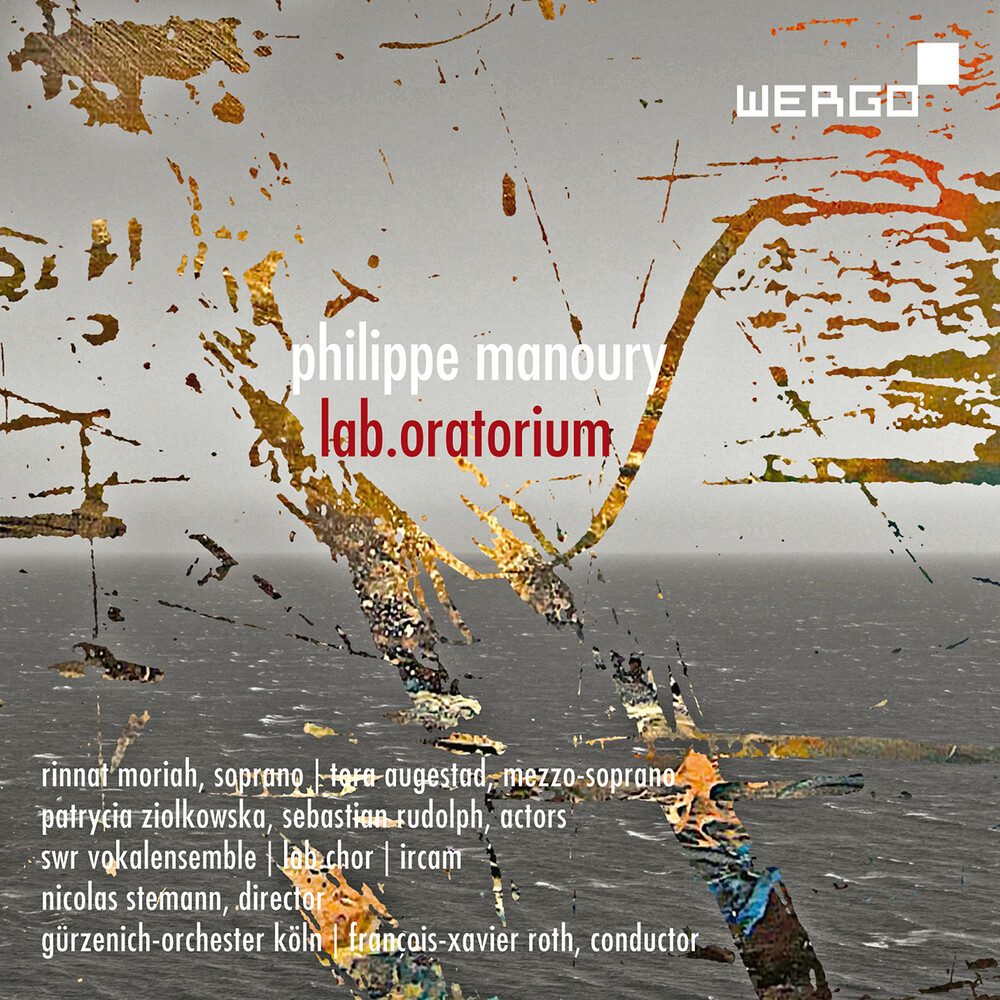 Philippe Manoury is one of the most prominent compositional voices in France today, and this WERGO recording of his "Lab. Oratorium" presents one of Manoury's most significant works. Not only is the piece a fascinating exploration of sound color with more than 250 performers, it was inspired by the innovative architecture of many new concert halls (such as Hamburg's Elbphilharmonie with it's evocation of ships and the sea). And perhaps most importantly, the work deals with themes that are urgently relevant in our troubled times. Working together with director Nicolas Stemann, Manoury composed the piece for Cologne's GĂĽrzenich Orchestra as a completely new kind of concert experience, a Gesamtkunstwerk combining theater, oratorio, live electronics, and spatial composition. "Lab. Oratorium" was conceived as an independent work, but it also marks the high point and conclusion of a trilogy of monumental spatial works for orchestra including the prize-winning compositions "In Situ" and "Ring". "Lab. Oratorium" is Manoury's moving artistic response to one of the worst humanitarian catastrophes of our time: the drowning deaths of countless refugees in the Mediterranean Sea. The idea of a modern "Odyssey" is made heartbreakingly clear through conversations with members of maritime rescue teams. Sabine Grenard (SOS Me'diterrane'e) collected eyewitness reports that were integrated into the work.