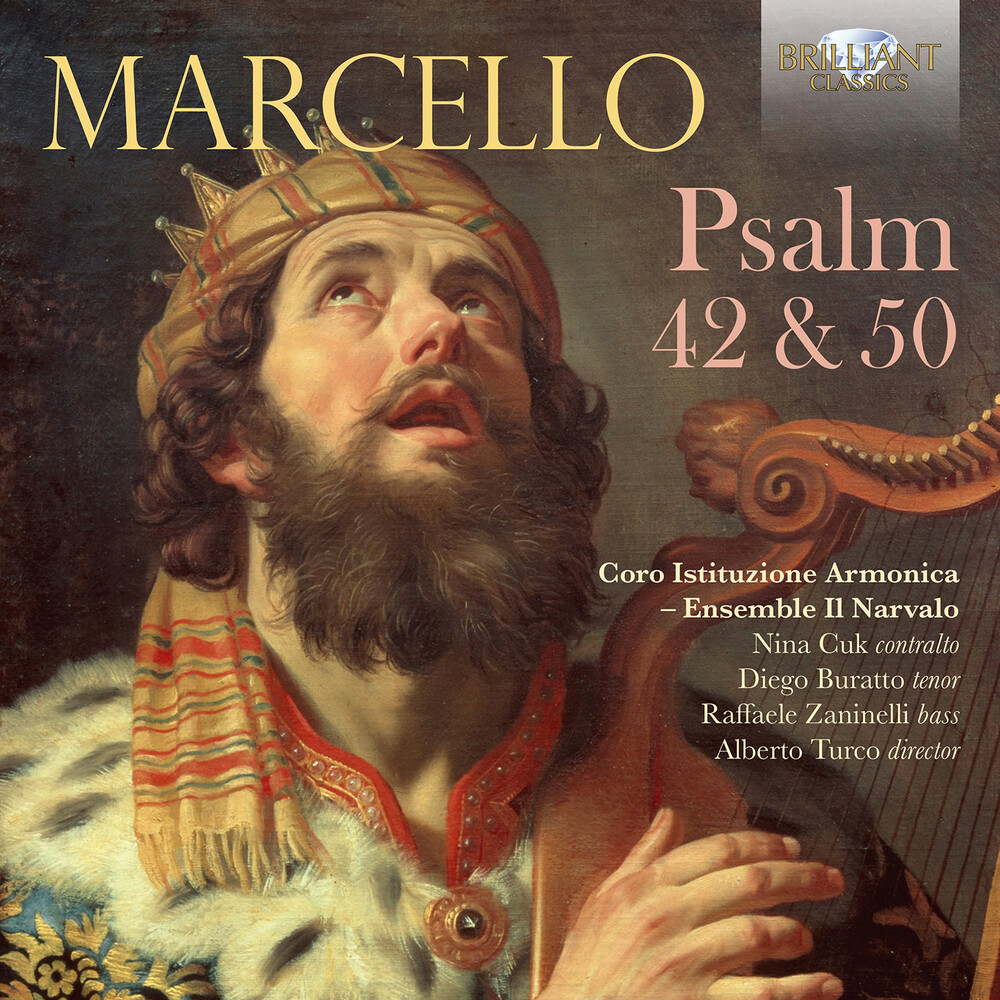 The catalogue boasts no shortage of fine recordings of the cello sonatas and other chamber music by the Venetian nobleman Benedetto Marcello (1686-1739). However, his sacred vocal output, for which he was most highly esteemed in his own time, remains almost unknown. Several musicians are gradually redressing the balance; none more experienced in realising music of the period with flair and authenticity than Alberto Turco, whose extensive discography includes two critically acclaimed albums on Brilliant Classics, of sacred music by Giovanni Battista Fasolo (95512) and organ masses by Claudio Merulo (95145). As on those albums, Turco takes a lively, chamber-scaled approach to Marcello which is true to the spirit as well as the letter of these scores. For the listener curious to explore the riches of 18th-century Venetian music, there are treasures galore to be found in the settings of Psalms 1-50 which Marcello composed to vernacular paraphrases of the original texts by Girolamo Ascanio Giustiniani. The complete set was published in eight opulently appointed volumes between 1724 and 1726. Each Psalm is a spiritual cantata, not intended for liturgical use but setting the verses in madrigalian fashion for solo voices with a simple continuo accompaniment, generally abstaining from complex counterpoint and subtly moulded to the meaning of the text for maximum clarity. The Psalms were first performed in the Cavallerizza building, directed by the composer. One of the singers was Rosanna Scalfi, whom Marcello married on 20 May 1728, much to the disapproval of his family, especially his brother Alessandro.