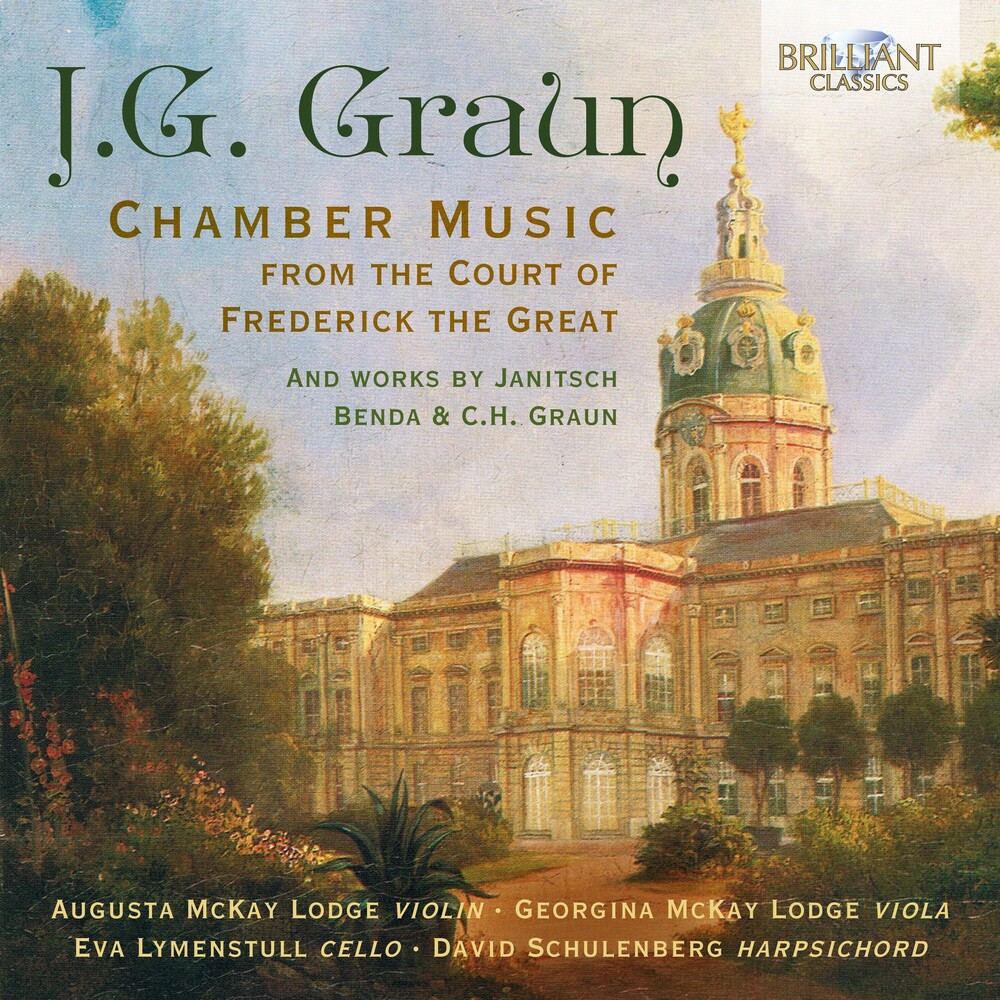 The four composers represented here all worked at the Potsdam court of Frederick the Great, who was himself a flautist and composer of professional ability. The G minor Trio Sonata by Johann Gottlieb Janitsch (1708-c. 1763) and the A major Trio Sonata by Johann Gottlieb Graun (1703-1771) were scored by their composers for two melody instruments and basso continuo (here, cello and harpsichord). Despite the participation of four players, at the time these were described as 'trios'. Likewise designated 'trios' were the two sonatas by Graun that include an obbligato or written-out keyboard part, which incorporates not only the bass (as usual) but a melody part as well. All these compositions follow Berlin practice of the time in comprising three movements, of which the first is slow, the second quick, and the last also quick but somewhat lighter and dance-like. Both sonatas are extraordinary even within this exceptional repertory, incorporating lengthy virtuoso passages that resemble the solo episodes of a concerto. The C-minor viola sonata reaches rare heights of expressivity, particularly in it's highly chromatic opening movement. The violin sonata in B-flat stands out for the fantasia-like solo passages in both quick movements. A cello Sonata by the brother of Graun, Carl Heinrich (1703-1759), demonstrates that the younger Graun's chamber music tends to be more lyrical, less outwardly virtuosic, than his brother's. The king's favorite instrumentalist was the violinist Franz Benda (1709-1786), a pupil of J.G. Graun. He earned the rare privilege of leading Frederick's famous private concerts, in which the king played flute alongside a handful of his best musicians.