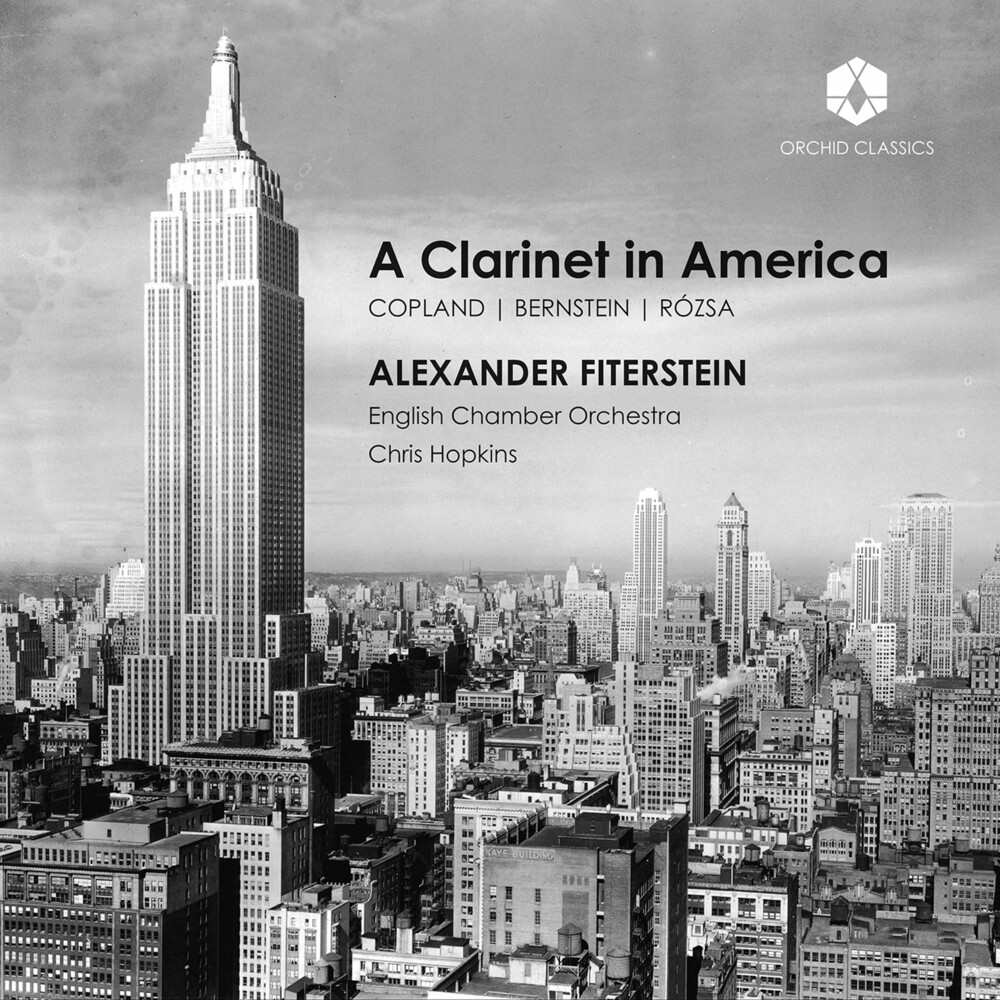 The clarinet has long been embraced by American composers for it's jauntiness and jazzy flexibility (think of that slide opening Gershwin's Rhapsody in Blue), qualities heard in abundance on this album. We hear Leonard Bernstein's Cuban-influenced Sonata, and the Sonatina by Budapest-born Miklos Rozsa, who made his name as a Hollywood movie composer. These pieces are bookended by two Aaron Copland works, his Concerto, for American jazz clarinettist and 'King of Swing', Benny Goodman, and his Sonata. Fiterstein's playing with the Tesla Quartet was praised by The Arts Desk as "impressive" and "heart-stopping". The Washington Post described his playing as "dazzling in it's spectrum of colours, agility, and range. Every sound he makes is finely measured without inhibiting expressiveness" and The New York Times described him as "a clarinettist with a warm tone and powerful technique."