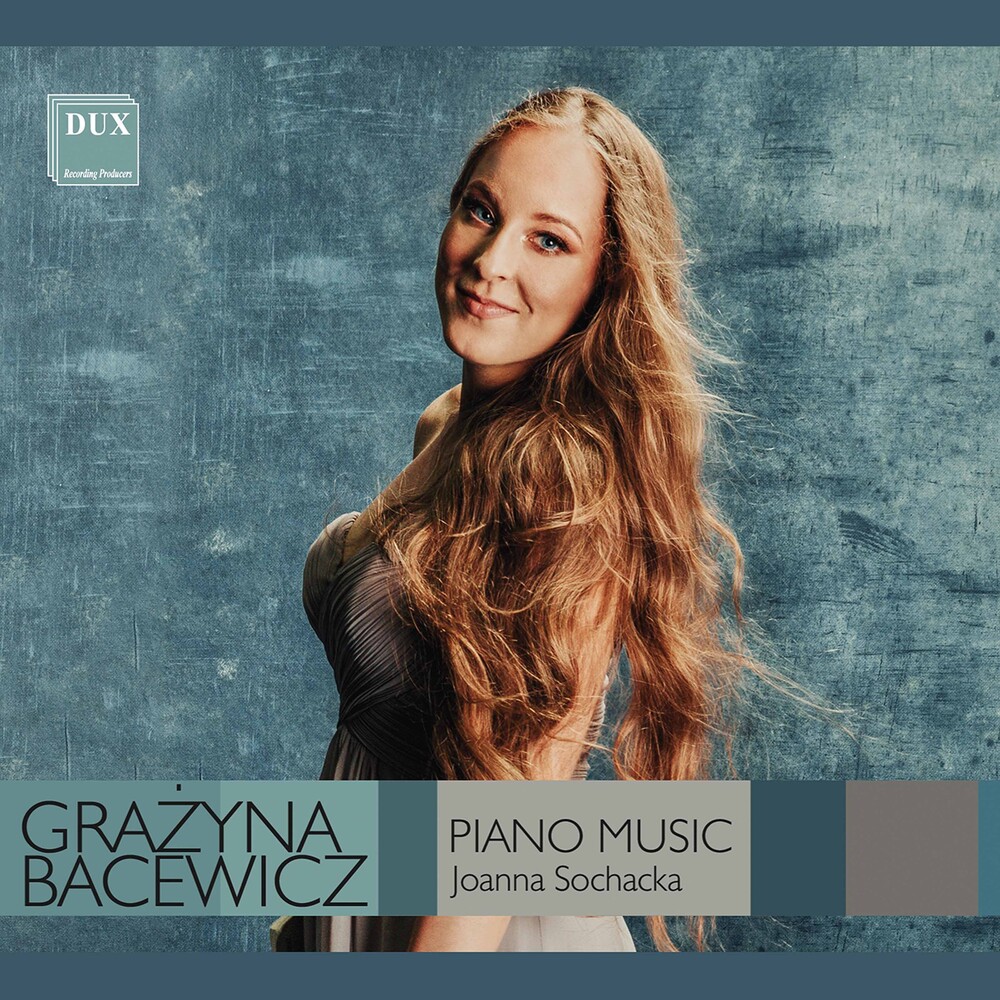 It is not very common to come across a composer whose genius is being praised, but whose music is more often discussed than performed at the same time. This is the paradoxical situation we are dealing with in the case of Grazyna Bacewicz and her compositional oeuvre. The creator herself was an outstanding figure, extremely versatile, belying the still popular in her time view that women, by their very nature, cannot act as creatively as men. Grazyna Bacewicz would successfully defy that deeply conditioned social belief that "female" music is inferior...' 'this album, entirely devoted to Grazyna Bacewicz's piano output. In addition to the known, repeatedly performed and recorded work, i.e. The Sonata No. 2 (1953), the album also includes pieces that have been recorded only several times - the Sonata No. 1 (1949) and 2 Etudes (1952) as well as items that are world phonographic premieres - the Sonata (1930) and the Etude (1949).