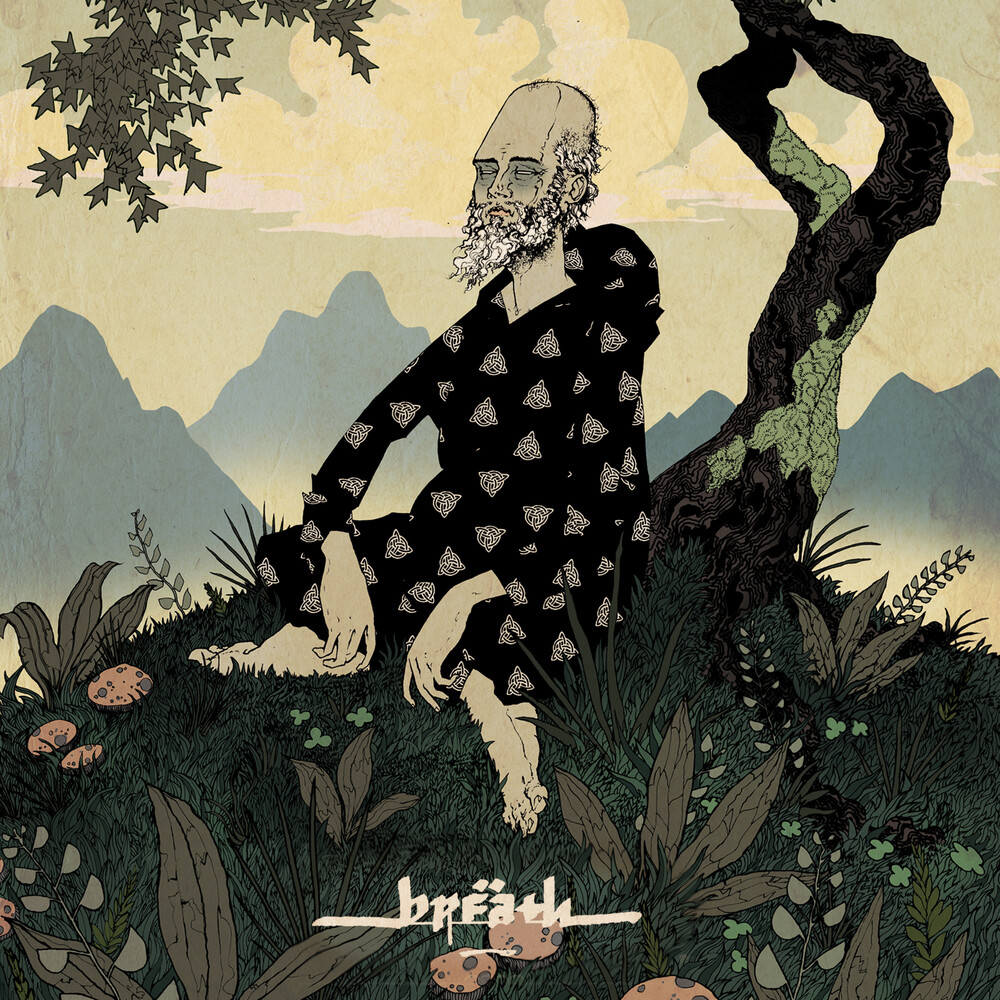 Recorded March 20th 2020 Rob Wrong (Witch Mountian) at Wrong Way Recording, Mastered by Tad Doyle (Tad, Brothers of the Sonci Cloth at Witch Ape Studio. Illustration by Tyler Wintermute. This is our debut album Primeval Transmissions! Steven O'Kelly- Bass Guitars, Vocals Ian Caton- Drums, Auxiliary Percussion Breath is a one of a kind duo from Portland Oregon. Made up of a rhythm section that goes back to 2001. The music is informed by adventures leaving the comforts of what was known behind. Going into unknown woods sometimes figuratively and some literal. With heavy melodically driven grooves their Meditation Doom will take you to secluded caves, and totemic vision quests. Interest in the tangible and metaphysical curiosities of ancient and antediluvian past became a muse that eventually took shape into Primeval Transmissions. From germinating seeds in my voice memo App in some cases for years. The fruition of our debut album has been an unforeseeable electric milestone that we are so grateful to have hit on our path. With generous help from friends in our hometown community, We're able to share with you a distillation of experiences that have helped drive us here today. Wrapped in the tradition of celestial observers we plot the movement of systems completing orbits like a clock's cogs. I open the door to the world of the megaliths, to the chanting that surrounds them. And from that door we return with our debut album Primeval Transmissions.