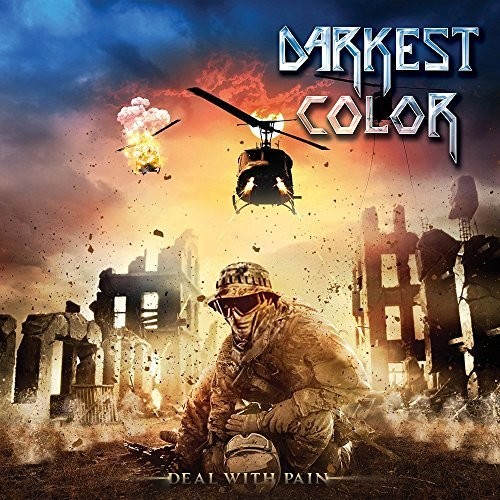 Darkest Colours is a new Greek thrash metal band and "Deal With Pain" is their debut album. But even new, this is a mature release, something logic, because the main man of the band, Thomas (vocals/guitars) is also member of Repentless (Slayer tribute band) and in the past he played and recorded (since 1991) with historical Greek bands like Blood Covered, Flames and recently with Riffocity too. The album includes a cover version of Holocaust's classic "Death Or Glory