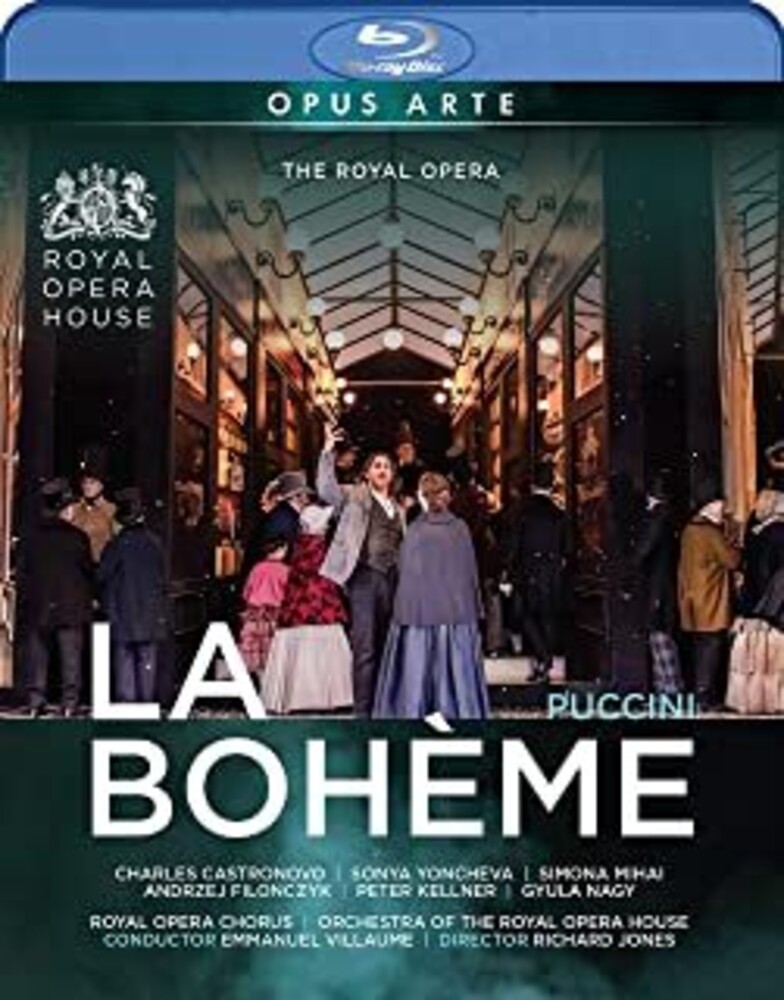 Sonya Yoncheva and Charles Castronovo lead an award-winning cast in Richard Jones's acclaimed production of Puccini's most heartrending opera. Emmanuel Villaume conducts the Orchestra of the Royal Opera House and the Royal Opera Chorus in some of the composer's most luscious and memorable music. Spectacular designs by Stewart Laing for this Royal Opera production set the passion, friendship, comedy and tragedy in late 19th-century Paris. The production evokes the vulnerability of youth amid the harshness and glamour of the big city, and contrasts the poverty of the bohemians's attic home with the splendour of Paris's shopping arcades on Christmas Eve.