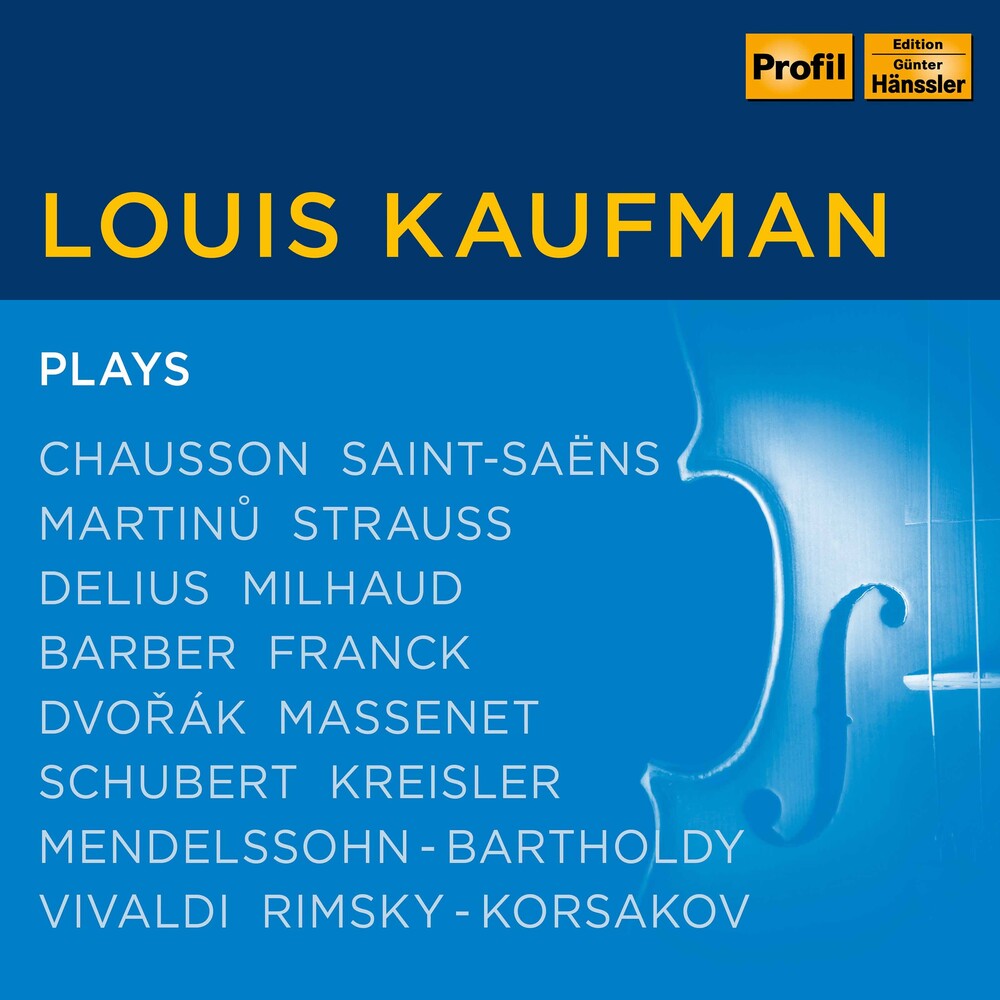 Louis Kaufman was born on May 10, 1905 in Portland, Oregon. His parents were Jewish immigrants from Romania who were very interested in the arts and took their son to concerts. Kaufman gave his solo debut in the New York Town Hall in 1928 under the auspices of the International Naumburg Competition, which he proceeded to win. He then went on to play with such acclaimed musicians as Pablo Casals (cello), Mischa Elmann (violin), Jascha Heifetz (violin), Gregor Piatigorsky (cello) and Alfredo Rossi (piano). He also played classical music in ensembles, such as the Musical Art Quartet, the Kaufman Quartet, the Westwood String Quartet, the Bach Chamber Symphony Group. In 1932 Kaufman married the pianist Annette Leibole and performed frequently with her in public. In 1956 Louis Kaufman and his wife returned to Los Angeles. The violinist continued to give wonderful concerts until the late 1970s. After an eye operation he decided to retire from active performance. Louis Kaufman died on February 9, 1994. He was probably the violinist who had recorded the most works in the twentieth century. In addition to building up this huge body of recordings he was also the inventor of the Kaufman chinrest for the violin. The recordings featured on this historic CD album are predominantly from the 1940s and 50s.