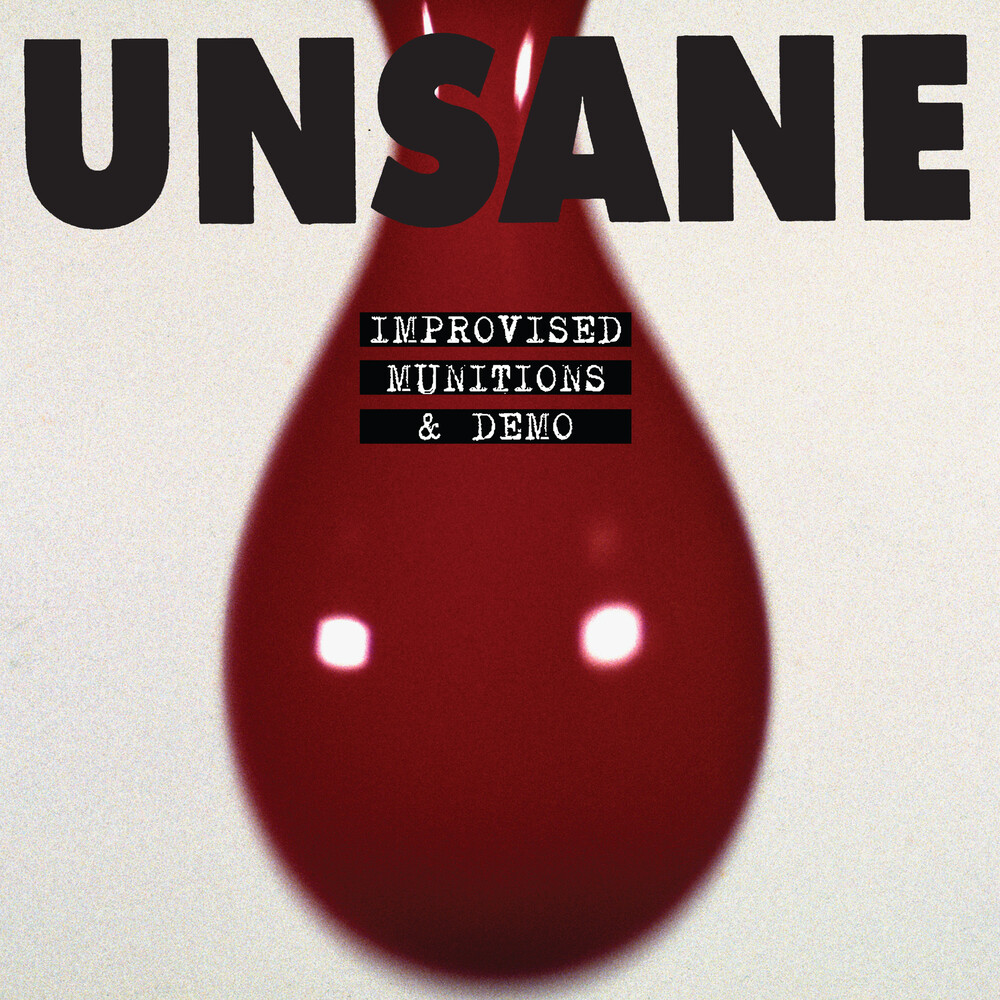 "Improvised Munitions" is the unreleased first Unsane album originally slated to be released in 1989 by Circuit Records. Following the band's approval of the test pressings, Circuit folded. A huge letdown at the time, Unsane managed to use a couple of tracks for singles and re-recorded some of the tracks to put on the first full length for Matador. Years went by when a rumor that someone actually had a copy of the test pressing. Unsane were able to copy and remaster it, and have included 4 tracks of the earliest Unsane material that Chris Spencer used to go around to clubs like CBGB's, ABC No Rio and the Pyramid to try to get shows before they had a record out. Spencer states "for what it's worth, this is the very beginning of the band Unsane..." 11 tracks featuring the 7 songs from original concept of "Improvised Munitions" and 4 songs from a cassette demo. Additionally, the slide's for original artwork for "Improvised Munitions" created by original Unsane bassist Pete Shore and photographer Jens Jurgensen (also member of Boss Hog) has also been found, thus the fully original concept of this album has finally come to fruition.